On Sunday night several hundred Black Lives Matter protesters gathered in the Central West End neighborhood in St. Louis City. Then in the evening they hundreds of protesters crossed Kingshighway and entered Portland Place, a private gated community inside the city limits.

They broke through the gate.

A couple in the neighborhood were having dinner outside at the time when they heard the commotion. The husband and wife were scared to death at the commotion and went out in their front yard with guns. The Second Amendment is alive and well in St. Louis.

The protesters continued over to Lake Avenue to protest St. Louis Mayor Lyda Krewson. The Black Lives Matter mob wants her to resign.

The couple was outside in their yard after hearing the protest mob break down the gate.

The protesters were chanting, “Our streets!”

This affluent part of #STL is known for its opulent homes on gated streets. @BILLGREENBLATT reports the man and woman met about 300 protesters as they broke down a gate in the neighborhood to march past their home.

The couple said, “We were in fear for our lives.”

Instead Circuit Attorney Kim Gardner sent out a statement threatening the couple! 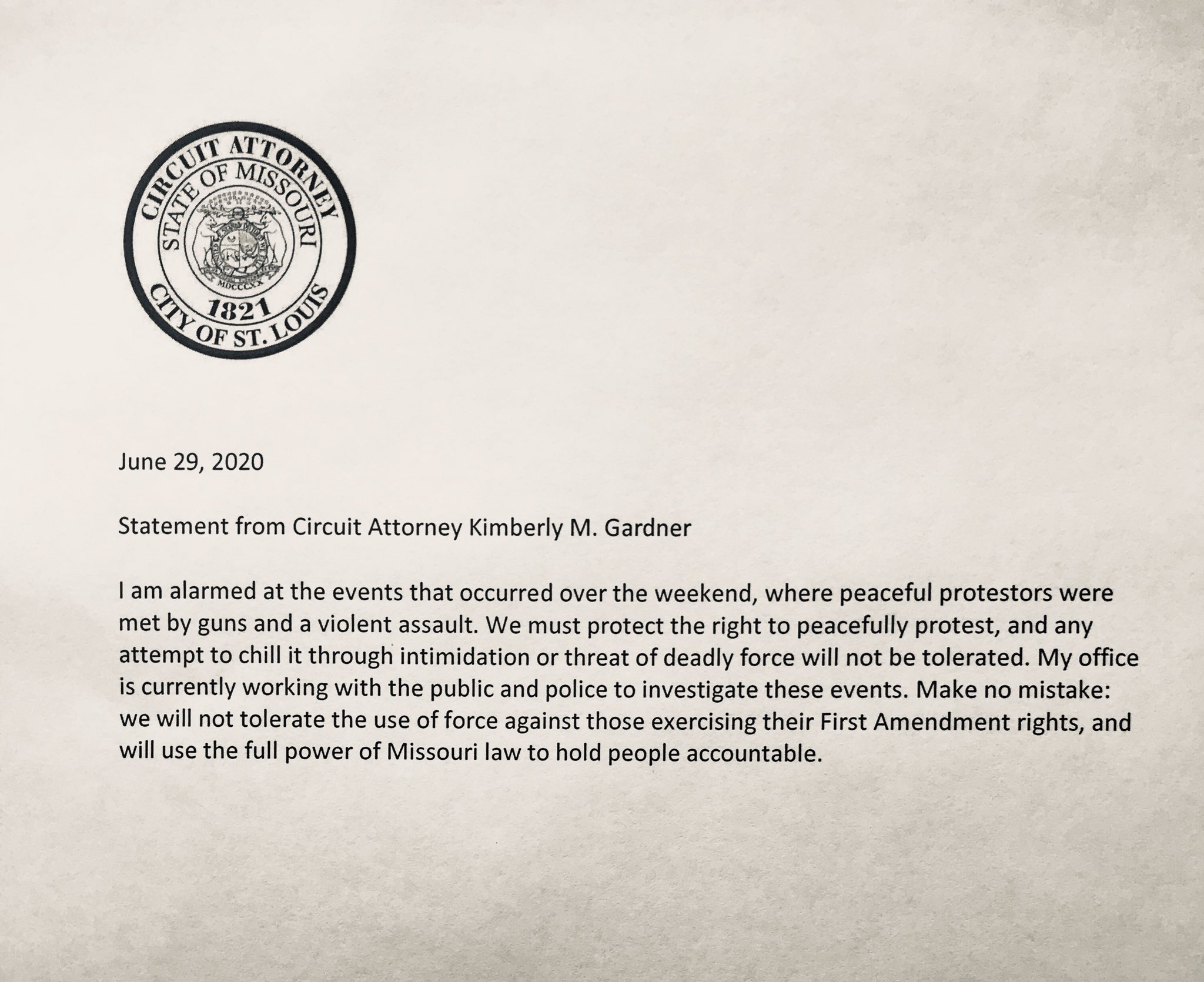 The Circuit Attorney is starting an investigation.

Let’s see–
** The mob broke down a gate.
** They entered a private street in a gated community
** They threatened the residents on the street.
** They wrote graffiti on the street

And the circuit attorney wants to investigate THE HOMEOWNERS!